She invites her stepbro to use his hand eye coordination for something a little more fun than video games!

Victoria Vixens dad is worried about her stepbrother. All he does is play videogames all day. Clearly, the kid is not very social, so Victorias dad tries to get her to spend some time with him. Little does he know, he has set up his son for a crazy day. Victoria sits next to her stepbro as he plays his games. He explains that he has a webcam set up so that people can watch him stream. The more views, the more ads, the more money. That gives Victoria a crazy idea about how to get her stepbro some more views. For every view, she will take off a piece of clothing. Soon, she has nothing on! Later on, her stepbro makes a bet with her. They play a game and if he wins, he gets to do whatever he wants. Of course, he wins, and she rides his controller as a prize. Meanwhile their dad is chilling in the kitchen right behind them! A couple days later, Victoria is hanging out on the bed in her underwear. She invites her stepbro to use his hand eye coordination for something a little more fun than video games. She shows him just what she means when she starts rubbing his fat cock and then has him fuck her while their dad talks to them through the door. Looks like this nerd has found a new game to play!

Cute teen Victoria Vixxen gave her stepbro a pleasure which he will remember his whole life! Watch them in action onsislovesme.com. Join now for instant access! 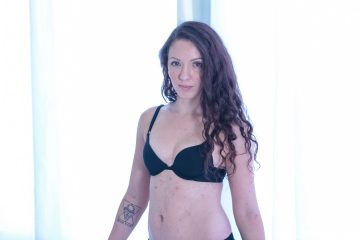 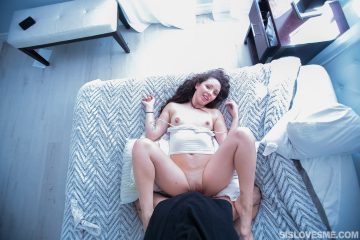 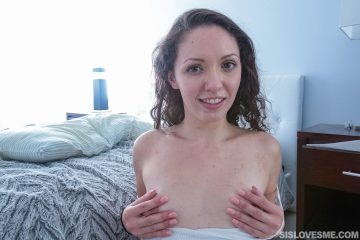